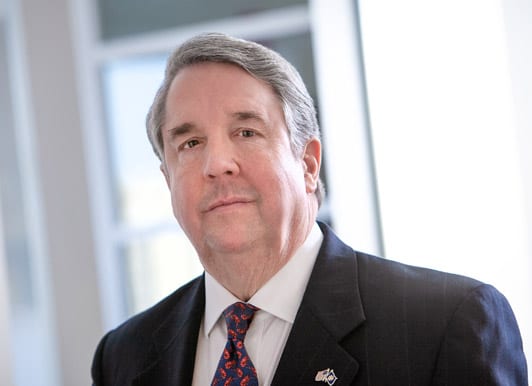 A founding partner of The Livingston Group, Paul Cambon worked for Congressman Bob Livingston for just over 22 years. In his position as legislative director and associate appropriations committee staffer for Congressman Livingston, he was a primary advisor on all federal appropriations and related Congressional authorization committee, federal agency and executive branch policy matters.

Along with his role at The Livingston Group, Paul Cambon also serves as Director of Government Relations for the Jones Walker law firm, which has had a strategic alliance with The Livingston Group since 1999. Founded in 1937, this law firm serves local, regional, national, and international business interests in a wide range of markets and industries through approximately 355 attorneys in eight states and the District of Columbia.

Mr. Cambon has extensive experience in the development and implementation of the 12 annual federal appropriations measures, related authorization bills, and federal agency and executive branch programmatic, jurisdictional and policy issues. He uses this experience to assist a variety of clients as they pursue their policy, regulatory and legislative goals with key members of various Congressional committees, the White House and executive branch agencies.

Mr. Cambon has worked extensively in advocating issues and preparing appropriations and authorization bill and report legislative language in range of industry sectors, including financial services, national security, information technology, education, the Corps of Engineers, transportation and infrastructure, maritime, energy, and social services. He has maintained a vast network of contacts in the federal, congressional, and private sectors.

Since early 1999, Mr. Cambon has been honored to provide ongoing volunteer services and support to the National World War II Museum in New Orleans.