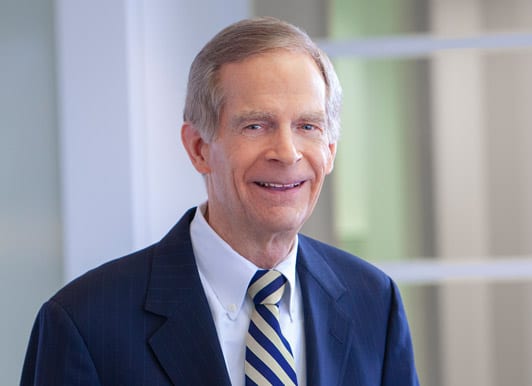 William D. Crosby, Jr. joined the Livingston Group in 2002. He has more than 30 years of experience in the federal government and has represented client interests across a broad range of issue areas including financial services, homeland security, appropriations, tax, aerospace, immigration control, and maritime.

From 1999 to 2002, he was Vice President and Chief Operating Officer of the Solomon Group, an international consulting firm providing strategic advice, counsel, lobbying and public relations. Prior to that, he served for 27 years on the staff of the House Rules Committee, first as Minority (Republican) Counsel and later as Chief Counsel, during the chairmanship of Congressman Jerry Solomon (R-NY). In a December 10, 1998 Washington Post article announcing the establishment of The Solomon Group, Mr. Crosby was described as “one of the nation’s foremost authorities for moving legislation through the House of Representatives.”

Mr. Crosby served as a Navy officer during the Vietnam War. He earned a Bachelor of Arts from Yale in 1965 and a Juris Doctorate from Columbia in 1968.