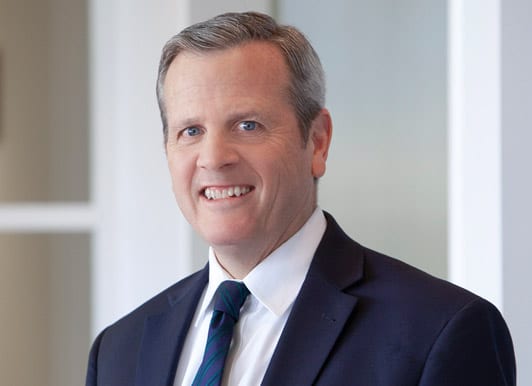 With 30+ years in the healthcare industry, Paul Kelly’s areas of expertise include pharmacy, pharmaceuticals, medical devices, health providers, nutrition, retail, labor, transportation and more. This expert in all areas of government advocacy and political affairs is credited with numerous legislative and regulatory achievements.

Mr. Kelly joins us at The Livingston Group following six years as a Principal with The Federal Group. Prior to that, he served as Vice President of Government Affairs for the National Association of Chain Drug Stores, representing both Fortune 500 companies and small and regional retail pharmacy businesses. While there, he lobbied Congress and the Executive Branch on the Affordable Care Act, the Medicare Improvement and Patient Protection Act, the Medicare Modernization Act (aka, Part D) and other major legislation. In recognition of his leadership, he was selected to testify before Congress during the hearings on Obamacare. He also developed and directed the group’s political action and grassroots programs.

Previously, Mr. Kelly was Senior Vice President for federal and state government affairs at the Retail Industry Leaders Association (RILA), an alliance of large retail chains including Walmart, Target and Home Depot. During his tenure, he significantly elevated the association’s profile, earning the group its first invitations to testify before Congress and participate in White House bill signing ceremonies. While at RILA, he led a national business coalition that won favorable supply chain security provisions in the Safe Ports Act of 2006. He also represented retail on issues related to state health insurance mandates, testifying before the US House Education and Workforce Committee on the issue.

Mr. Kelly has served as Senior Federal Lobbyist for the American Dietetic Association, representing registered dietitians and licensed nutritionists. He led the successful campaign to cover medical nutrition therapy in Medicare. Prior to that, he was Director of Government Relations at the American Chiropractic Association, improving coverage for chiropractic services in Medicare and the military.

Early in his career, he worked in the US Senate and the US House of Representatives.

Mr. Kelly has volunteered in Washington as a member of the Board of Directors for the American League of Lobbyists, the Association of Government Relations Professionals, the Washington Industrial Roundtable and the Congressional Award Foundation, a charity created by Congress to recognize leadership in America’s youth.