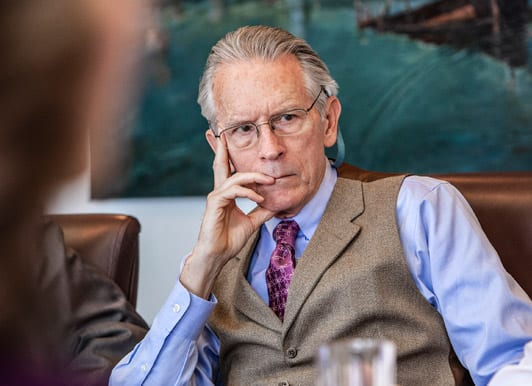 John Duncan brings to The Livingston Group an in-depth knowledge of legislative, oversight and federal policy processes. His decades-long background includes senior executive positions in the George W. Bush administration, the US House of Representatives and the US Senate. He serves as the Director of the Financial Services and Tax practice area at The Livingston Group.

As President Bush’s Deputy Undersecretary of the Treasury for Legislative Affairs, Mr. Duncan worked closely with the White House as well as leaders in the House and Senate to enact the 2001, 2002 and 2003 tax cuts. Mr. Duncan also contributed greatly to passage of corporate financial reforms for Government Sponsored Enterprises (GSE) and legislation such as the Sarbanes/Oxley Act. He worked on issues regarding terrorism risk insurance and deposit insurance reform, pension overhaul legislation, the renewal of the Fair Credit Reporting Act, the adoption of the Patriot Act and the creation of the Department of Homeland Security.

Previously, Mr. Duncan served as Chief of Staff and Legislative Director for US Senator William V. Roth, Jr. (R-DE). In that capacity, he provided political and managerial guidance on major legislative initiatives under Roth’s chairmanship of the Senate Finance Committee, including: welfare reform, Medicare reform, tax cuts, pension reform, the elimination of the marriage penalty, reducing capital gains taxes, the creation of the Roth IRA, and IRS reform and trade expansion.

As the Majority Staff Director for the Senate Committee on Governmental Affairs, Duncan oversaw the creation of the federal retirees’ Thrift Saving Plan, the program that later became a model for President Bush’s efforts to establish personal accounts as part of Social Security.

Born in Oak Park, Illinois, Mr. Duncan received his Bachelor of Science from the University of Illinois and master’s degree from the New School in New York City.