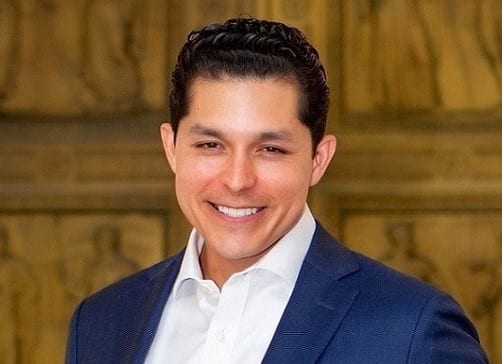 Chris Garcia draws from his experience as a senior-executive-service U.S. government official, investor, and communications expert to assist clients in navigating complex domestic and international business and policy arenas.

Prior to joining The Livingston Group, Mr. Garcia most recently served as national deputy director of the U.S. Department of Commerce and acting national director of the Minority Business Development Agency. Mr. Garcia advised the President of the United States and the Executive Office of the President on economic policy to ensure America’s businesses were positioned for growth and global competitiveness.  As a principal advisor to the United States Secretary of Commerce, Mr. Garcia was the chief authority on business policy and national initiatives affecting minority-owned businesses.

Mr. Garcia operates with a clear mission: create strategic partnerships and regional alliances that strengthen the United States and increase its overall economic, military, and technological competitiveness in the world. Mr. Garcia has advised privately held and publicly traded corporations, state and local governments, trade groups and associations, nonprofits, NGOs, and coalitions in pursuit of that mission.

Mr. Garcia is a sought-after speaker and commentator for his knowledge of U.S. economic and trade policy and has been featured in a variety of national and international media outlets. Mr. Garcia earned his degree in Economics as a Bill Gates Millennium Scholar at Pepperdine University in Malibu, California.